Throughout the last 55 years, Kenai Peninsula College has grown from a small organization offering a handful of classes to local students to a multi-campus system serving more than 2,500 students each semester. UA is an AA/EO employer and educational institution and prohibits illegal discrimination against any individual: www.alaska.edu/nondiscrimination. 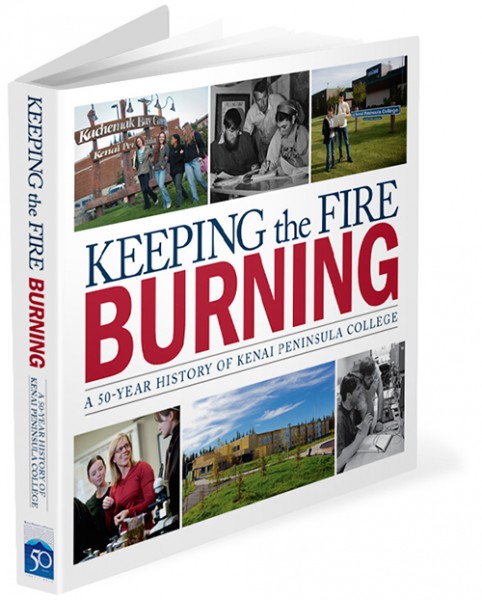 In 1963, the Wildwood Air Force Base, north of Kenai, was the closest thing to a city on the Peninsula. Military students from the base were essential to the success of the college's first course offerings in February of that year. The city of Kenai, a first class city formed only three years after Alaska became a state, was required to be responsible for providing basic educational services for residents. The Kenai City School District selected a high school English teacher, Clayton Brockel, to direct the evening Adult Basic Education courses that were held in the Kenai City schools. The first courses offered were college algebra, college freshman English, elementary physical education and elementary science education.

In the summer of 1964, University of Alaska President William Wood notified the Superintendent of the Kenai City School District, via telegram, that the UA Board of Regents had unanimously approved the request to form Kenai Peninsula Community College.

Clayton Brockel began his tenure as KPC's first director in a part-time capacity only in the evenings. A year later he became a half-time employee and in 1966 he was consumed with the full-time task of putting the Peninsula's first college together. For the first three years, Brockel's office was his briefcase. He convinced Kenai Central High School to let him use a small closet as his first office.

In order to garner support for the developing college, Brockel spent most of his time traveling the Peninsula talking to everyone he could about the benefits the college would bring. His mobile administrative office was his 1963 Chevy sedan, known as Ol' Blue. Anywhere a class was needed on the Peninsula, Brockel involved the new college in setting it up, finding an instructor to teach it, publicizing it and securing a location for it.

The college continued to grow, offering 16 classes in Kenai, Seward and Homer, serving around 200 students in 1966. By 1975, what is now known as KPC's Kenai River Campus came into being with three buildings, a staff of 13 full-time and 29 part-time professionals and eight classified employees, including coordinators for the college in Seward and Homer. The land where the Kenai River Campus is located was donated by Clarence and Anna Goodrich.

KPC's first degree, an Associate of Arts, was awarded in 1971 to Jack Hummel.

The Kachemak Bay Campus, originally known as the Homer Branch, offered classes coordinated by Clayton Brockel from the beginning. In 1976, Gail Ammerman earned the first Associate of Arts degree conferred in Homer. Ammerman became the coordinator at the Homer Branch and continues serving the college in her role as Advisory Board and College Council member. The Kachemak Bay Campus first occupied rented space in 1982 and saw it's first three graduates in 1984.

The college has also offered courses in Seward from the beginning and has now established the Resurrection Bay Extension Site, offering both community interest and general education required courses. The RBES has office space inside Seward High School and a full-time coordinator.

Between 2004 and 2005, KPC formally established the Anchorage Extension Site at UAA's complex in the University Center. AES has since closed except for an advisor who is available to answer questions about the associate of applied science degree in Process Technology .

KPC celebrated its 50th anniversary on July 1, 2014. To commemorate the college's golden anniversary, a book celebrating KPC's first half-century of history will be released in August 2014. The book, Keeping the Fire Burning: A 50-Year History of Kenai Peninsula College by Tony Lewis and Clark Fair, will detail KPC's origins and growth.